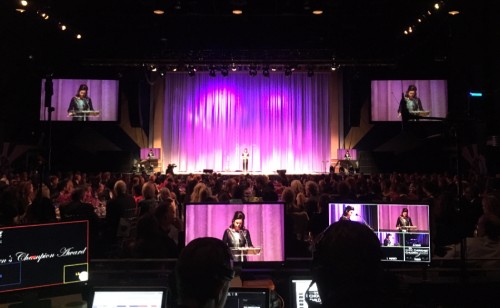 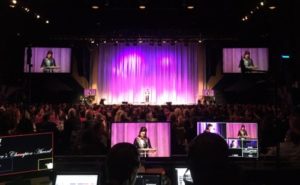 I did a live handheld gig the other day.  It’s been a while.  This was a fundraiser here in the OC for CHOC Children’s Hospital.  A ton ‘O’ fun.  The production was being done by Pacific Coast Entertainment out of Huntington Beach, California.  We were using the new Panasonic 610’s – nice cameras.  Lighter than I expected.  They are P2 based and have just 2 slots instead of the 4 that the 500 has.  Great EVF.  I think I was actually in focus most of the time – LOL.

The headliner was Keith Urban – great show.  He did about 90 minutes straight through.  I was in the pit and the fans (mostly ladies) all wanted to get as close as they could to the stage and I was between them and the stage…  The director was really nice.  He’s the tour video director and wanted to test out some shots during the show that they might use during the actual tour IMAG.
The event raised a little over 2 million dollars – YAY!!!  They auctioned off everything from first up in the valet parking position to a couple of Keith’s guitars.  The crew was fantastic.  I hope to be invited back next year.
Until next time, good shooting and editing and grading,
TDTrey