So I went to CineGear last week…  so much to look at.  Although it seemed like a slightly smaller show this year for some reason.  I was mostly looking to follow up on gear that I already own and see what updates and accessories are now available. 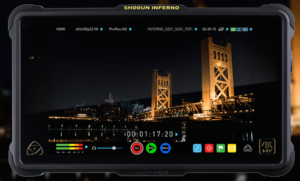 First stop, ATOMOS.  Wanted to find out about any new firmware updates and a possible replacement for the Shogun. Nothing at the moment.  We’ll see what happens later in the summer. 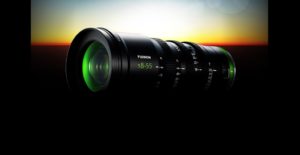 Next stop, Fujinon.  I had to see the new MK lenses for myself.  With the Fs5 these seem like they would make the perfect pairing.  I got the straight poop on why these only work with the E-mount – Flange Depth…17mm for the e-mount where most other mounts start a 40mm and go up from there.  These lenses would have to be twice as big and cost twice as much to work on a standard mount as well as they do on the e-mount system.  Bummer and good…

The bigger deal is how to add servo control to the Fujinon MK lenses… Awe a possible solution at Tilta!  The new Nucleus-M system.  This, for me, was the highlight of the show.  This is a wireless “FIZ” with two motors, two handles and a controller for $1200 US.  Ultimately it is a 6 channel system but in reality you would most likely use it for zoom and focus on a gimbal or drone.  It is all wireless except for one power cable to the first motor and then a daisy-chain jumper cable looping power to the next motor.  They are going to let me check the prototype out in their office in a week or so – stay tuned for an update.
Next I stopped at Blackmagic Design to catch up on Resolve 14 and the Ursa Mini Pro.  I have been using Resolve since version 9 (really 7 but I didn’t fully switch until 9).  14 appears to be the best version for all around or end to end work flow so far.  With the addition of Fairlight audio and collaborative work flow the have really upped the bar to other NLE’s. The Ursa Mini Pro was attracting a lot of attention.  At the Roadshow BMD did a night set to show off the new camera.  Here it was more of a daylight setting.  The camera looks very nice.  I’m going to check it out later this month in the showroom at BMD Burbank.

Keeping with the camera theme I looked at the Pansonic EVA-1.

Interesting camera.  Still just a mock up at this point.  Hope to see it in action later in the year.
Last but not least in the camera dept. had to see the new C200 at Canon.  Really Nice! I would have a hard time choosing between this and the C300mkII. 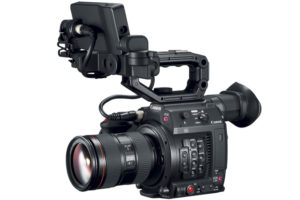 The C200 is a little smaller and has the new Canon RAW lite offering.  We’ll have to see how reviews of footage sound after some more test shooting is done.  Folks like Pro AV TV, CPVTV and Cinema5D have done pretty good first look videos if you would like to learn more.
Well that pretty much wraps up my brief look at a few cool show items at CineGear this year.  as I do some more in depth reviews of a few of these items I’ll post ’em here.
Until next time, good shooting and editing and grading,
TDTrey