Skip to content
Still loving the Rokinon Cine lenses.  I have three now: the 24mm, 35mm for a few months and the 85mm just came in last week.  All the lenses are at a T1.5 max exposure. 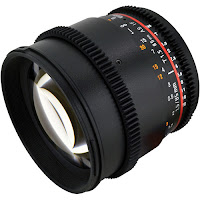